The woods around Fontainebleau have a reputation as one of the best places in the world to boulder. Thousands of sandstone boulders, with tens of thousands of boulder problems, scattered about a pretty forest that covers some 300 square kilometres. Fontainebleau also has a reputation as being a great place to take kids. That’s a … END_OF_DOCUMENT_TOKEN_TO_BE_REPLACED

A little over half way up the Klettersteig Pfeilspitzwand there is a brass bell hanging from the rock. If you want to ring the bell, then you need to take a detour that traverses the face of the buttress above a sheer drop.  There’s a slightly tricky step to negotiate, before you stand on a … END_OF_DOCUMENT_TOKEN_TO_BE_REPLACED

“All the Grindelwald via ferrata are closed.”  The woman at the tourist information office said these words in a firm, brisk tone that indicated that she didn’t realise that I would find them disappointing.  I knew that there was a risk that the long, cold winter might mean that some mountain routes would still be … END_OF_DOCUMENT_TOKEN_TO_BE_REPLACED

The taking of calculated risks is intrinsic to rock climbing.  As a rock climber does more climbs, they build up experience of calculating risks and making decisions in a variety of potentially dangerous situations.  They also learn from the experience of mistakes, near misses and climbing with people more skilled than them.  In the vast majority of people, this makes them a more skilled and safer climber.

However, I have seen experienced climbers taking unnecessary risks and engaging in poor, and possibly unsafe practices.  I’m thinking of such things as leaving long distances between runners, relying on one anchor for a belay or using dubiously placed protection when the situation doesn’t justify it.

There is always the possibility that the climbers who do this have gradually developed bad habits over time.  Another possibility is a fading memory of what they were originally taught or the copying of other climbers’ bad practice.

A further possibility is that the increased confidence that can come from increased experience can sometimes bring over-confidence.  This can make a person feel that they are less fallible or, in some way, lucky.  In particular, if a climber has found that they have done something risky many times in the past without a bad outcome, then they can feel that it is safe to continue taking this same risk in future.  I wonder if this approach to risk-taking is similar to the mind-set seen when people fall for the hot-hand fallacy.

The hot-hand fallacy is the belief that a person who has experienced success in a particular activity in the recent past will have a greater chance of success when they do this activity the next time.  The classic example of this fallacy is when someone predicts that a basketball player who has scored with their last four throws is “hot” (i.e. on a winning streak) and so will score with a fifth throw.  They might be right in this prediction, but they might not.  The fallacy is to believe that success in an activity in the past causes success in this activity in the future.  Yet, for the basketball player, each throw is an independent event and the probability of scoring does not necessarily increase simply because the last few throws have been successful.

You could argue that the reason people believe in the hot-hand fallacy is because they have seen how certain characteristics (e.g. skill, strength) can produce repeated, positive outcomes.  Rock climbers will have seen that skilled and experienced climbers can achieve higher performance and that they have taken risks that have paid-off.  They may also have seen this in their own climbing.  Skill, experience and confidence can certainly help a climber through a risky situation and achieve higher performance.  In addition, some risks must be taken in rock climbing at times.

My concern is not with the taking of necessary risk, but with experienced climbers taking risks that they do not need to take.  I am concerned that there seem to be climbers who believe that they will be safe doing something risky because they were fine the last ten times they did it.  As such, they may be falling for something like the hot-hand fallacy, maybe mixed with over-confidence and a lack of a critical perspective on their own decisions.  This could put themselves and those they climb with at risk.  Repeated positive outcomes in the past do not necessarily mean the next occasion must have a positive outcome.  Each situation is independent and its risks should be assessed as such.

I want to be a safe climber.  To do this, I think I have to work at being critical and questioning about my own practice.  I need to think carefully about each situation.  I need to not assume I will be alright a take a risk this time because I was alright the last time and the time before that.

5 thoughts on “The danger of experience” 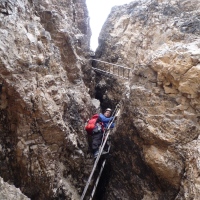 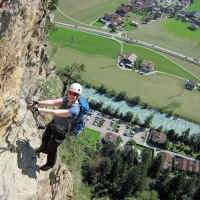 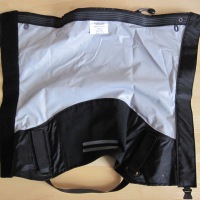 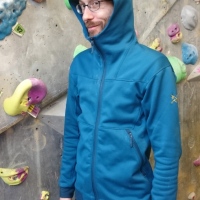 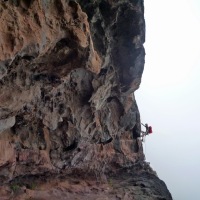 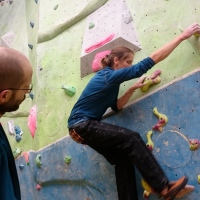 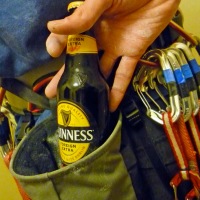