The woods around Fontainebleau have a reputation as one of the best places in the world to boulder. Thousands of sandstone boulders, with tens of thousands of boulder problems, scattered about a pretty forest that covers some 300 square kilometres. Fontainebleau also has a reputation as being a great place to take kids. That’s a … END_OF_DOCUMENT_TOKEN_TO_BE_REPLACED

A little over half way up the Klettersteig Pfeilspitzwand there is a brass bell hanging from the rock. If you want to ring the bell, then you need to take a detour that traverses the face of the buttress above a sheer drop.  There’s a slightly tricky step to negotiate, before you stand on a … END_OF_DOCUMENT_TOKEN_TO_BE_REPLACED

“All the Grindelwald via ferrata are closed.”  The woman at the tourist information office said these words in a firm, brisk tone that indicated that she didn’t realise that I would find them disappointing.  I knew that there was a risk that the long, cold winter might mean that some mountain routes would still be … END_OF_DOCUMENT_TOKEN_TO_BE_REPLACED

Walking up Grindsbrook Clough to get onto a windy Kinder Scout. 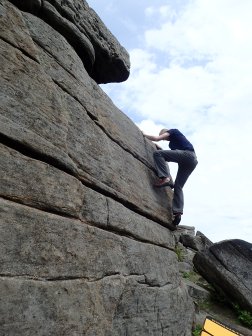 With the weather completely changed, I went back to Stanage Far Right. Here I’m climbing Steps (VB 4a). 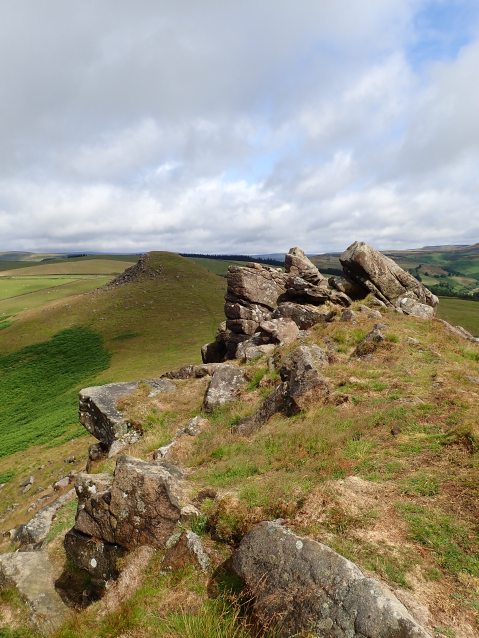 The gritstone top of one of the two summits of Crook Hill in the Peak District, with the other summit in the distance.

Climbing an unnamed problem on Boulder 9 at Boulder Valley, below the Old Man of Coniston.

Climbing an unnamed problem on the Jacko Boulder at Settle Earth Boulders, in Longsleddale.

Climbing the problem The Black Cross (3) on the Jacko Boulder, at Settle Earth Boulders.

Climbing an unnamed boulder problem on the Bottom Block at the Langdale Boulders. 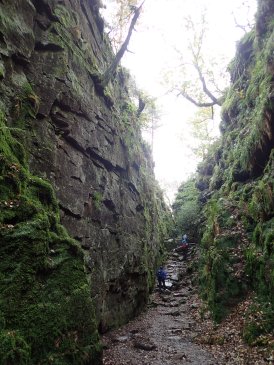 Lud’s Church. It was used as a secret place of worship by the Lollards in the early 15th Century. The Lollards were followers of John Wycliffe, an early church reformer.

Me climbing Easy Groove (VB) inside The Cellar area of The Roaches.

A fantastic view of Stanage Edge from near Green’s House, north of Hathersage.